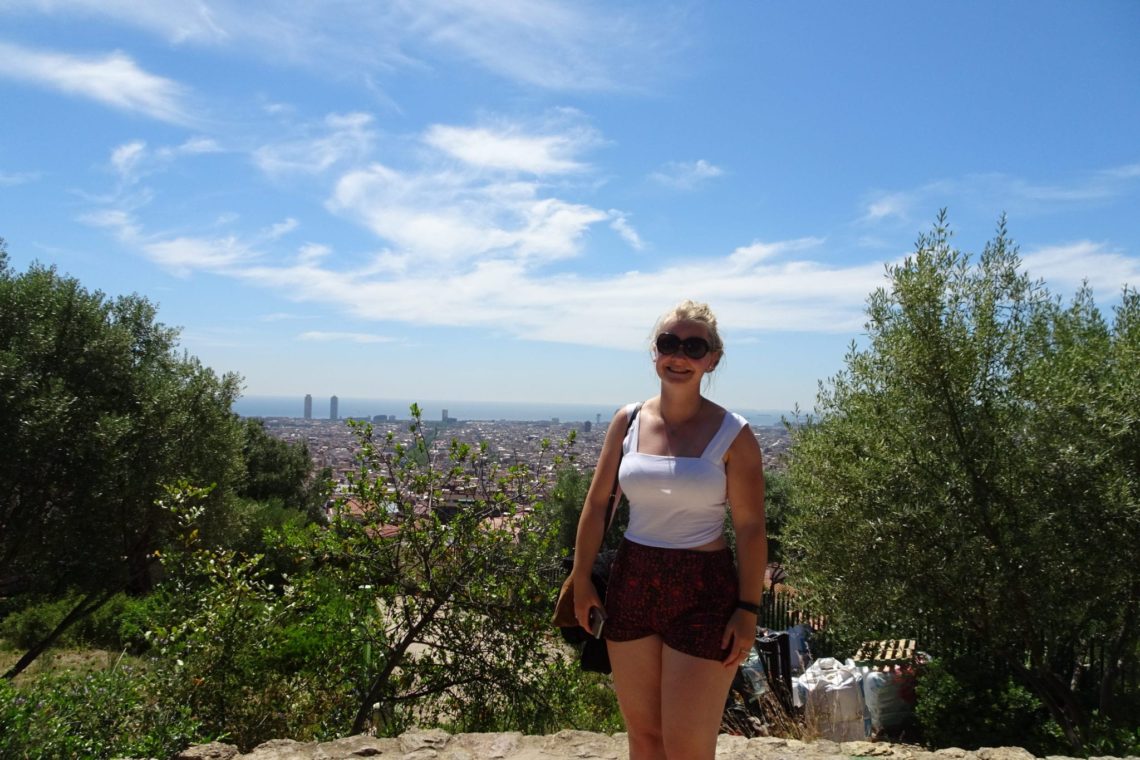 The city centre of Barcelona is approximately a 30-minute drive from Barcelona airport and costs around €30 in a taxi. We stayed in a hostel just off La Rambla strip, which didn’t quite give us the beauty sleep we required. Noisy was an understatement due the paper-thin walls, however it did the job!

There are so many beautiful sights to see in the city and trying to squeeze it all into just one day in Barcelona is a hard task.  The “Hop on Hop off” bus trip was going to be the easiest way to see and hear about all the main sights in the city in the short amount of time that we had. A ticket can be bought for €26 online or €30 on the day. The company will not accept mobile tickets so unless you have access to a printer or book before you go this won’t be your best option. The bus has 2 routes: the east/green route and the west/orange route of the city. Both of these take approximately 2 hours to complete, however remember to factor in hopping off time! The starting point for both routes on the bus tour is Catalonia Square, although you can technically start at any bus stop on the route. You will be greeted at the square by an attendant who gives you a map, discount book and earphones. The audio guide on the bus has 15 languages to choose from. The bus runs from 9am everyday throughout the year. During the months of November to April is ends at 7pm and the rest of the year is 8pm. You won’t be long waiting on the bus either as they run every 5-25 minutes depending on the season. 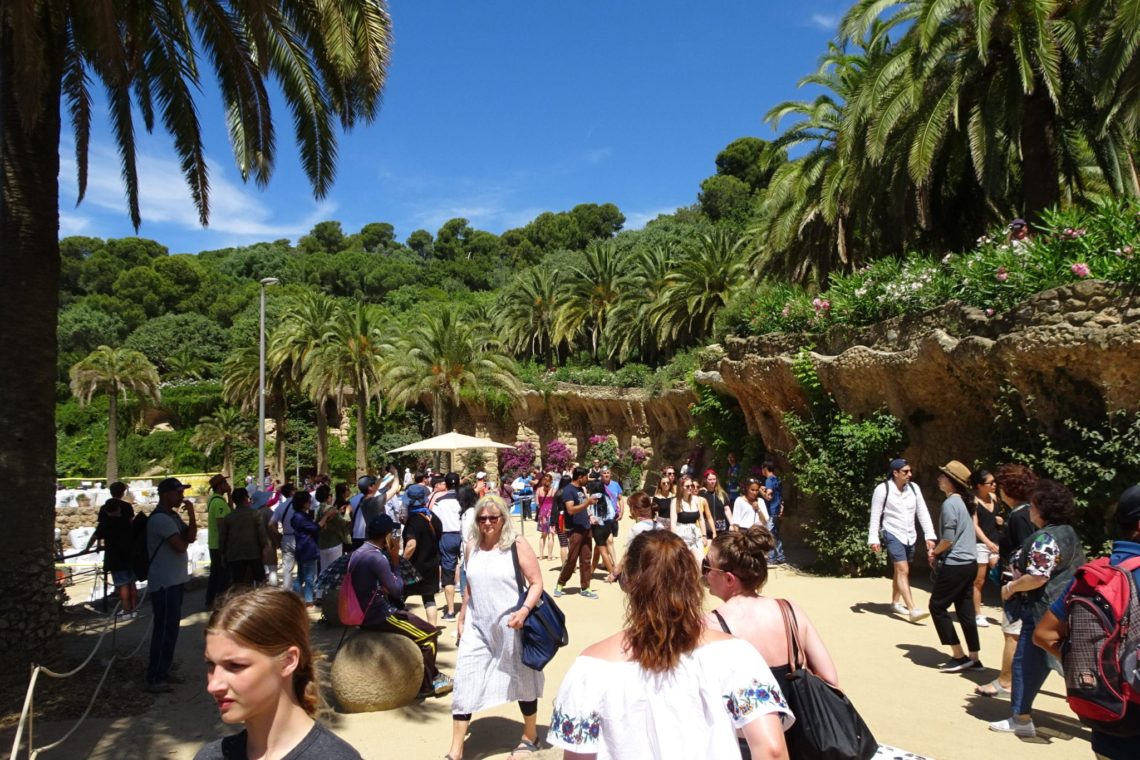 Catelonia Square bustles with tourists sitting around the waterfront, waiting for buses and chilling at surrounding bars and cafes.

The green route takes tourists through the seaside village of Barceloneta, where tourists gather to explore the city’s popular restaurants and nightlife. Port Olympic is also a popular stop off for entertainment vibes like this on the tour. If sea-food is what tickles your fancy then Port Vell, an old picturesque harbour surrounded by yachts, might be a stop for you. Barcelona is home to 7 beaches and 2 of these are hop off points on the tour. Even just sitting on the open-top bus in the sunshine bus and taking in the stunning views is perfect.

There are options to get off at some of the city’s most popular shopping centres (Glories) and museums. Distinctive architectural buildings can be viewed and “hopped off” at on the trip. 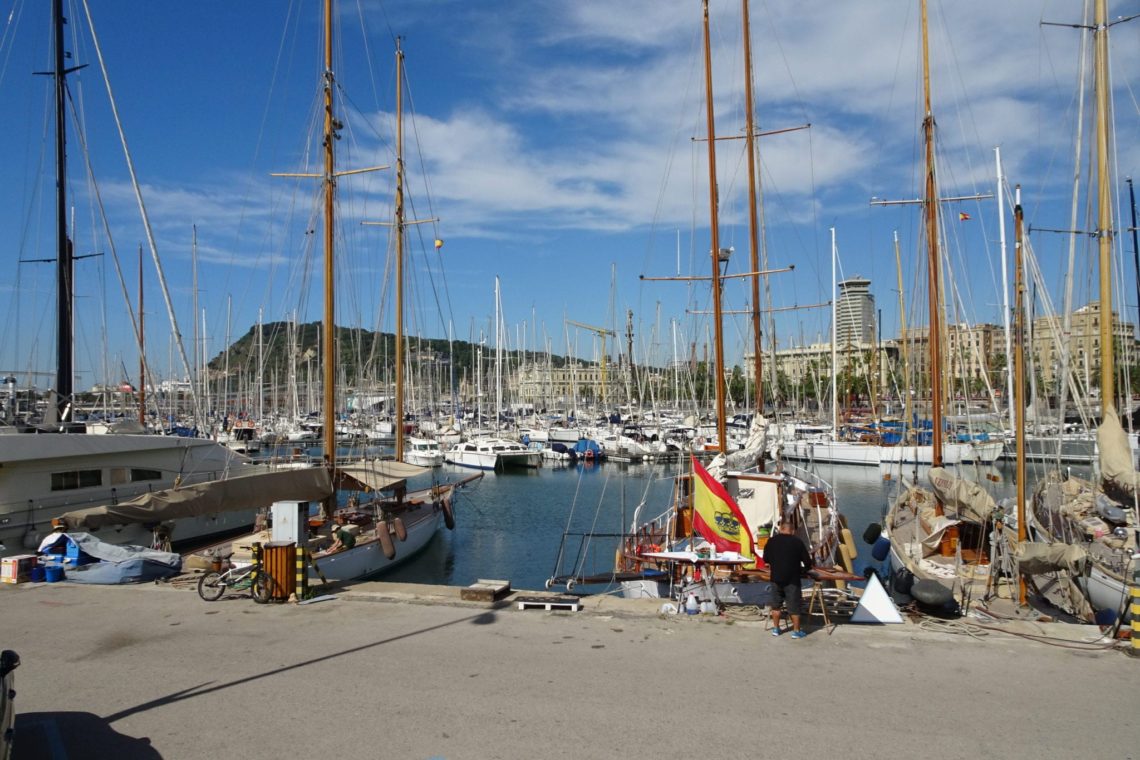 Take in Some History

We hopped off at the Sagrada Familia a magically massive Roaman Catholic Church which is still under construction. The construction came to a halt in 1926 when Gaudi died however it is continuing now with his style in mind. The entry fee you pay goes towards finishing the construction of the building. During the day it will cost you cost you €15 and after 6pm it is €7. These prices don’t include the tour around the church, which will cost you a little more. To be on the safe side for getting in, wear clothes that cover your shoulders and your bum! We learnt the hard way and my poor friend had to go to the nearest shop to grab a €20 scarf to cover her legs. Inside you are surrounded by beautiful stained-glass windows and even more stunning architecture. 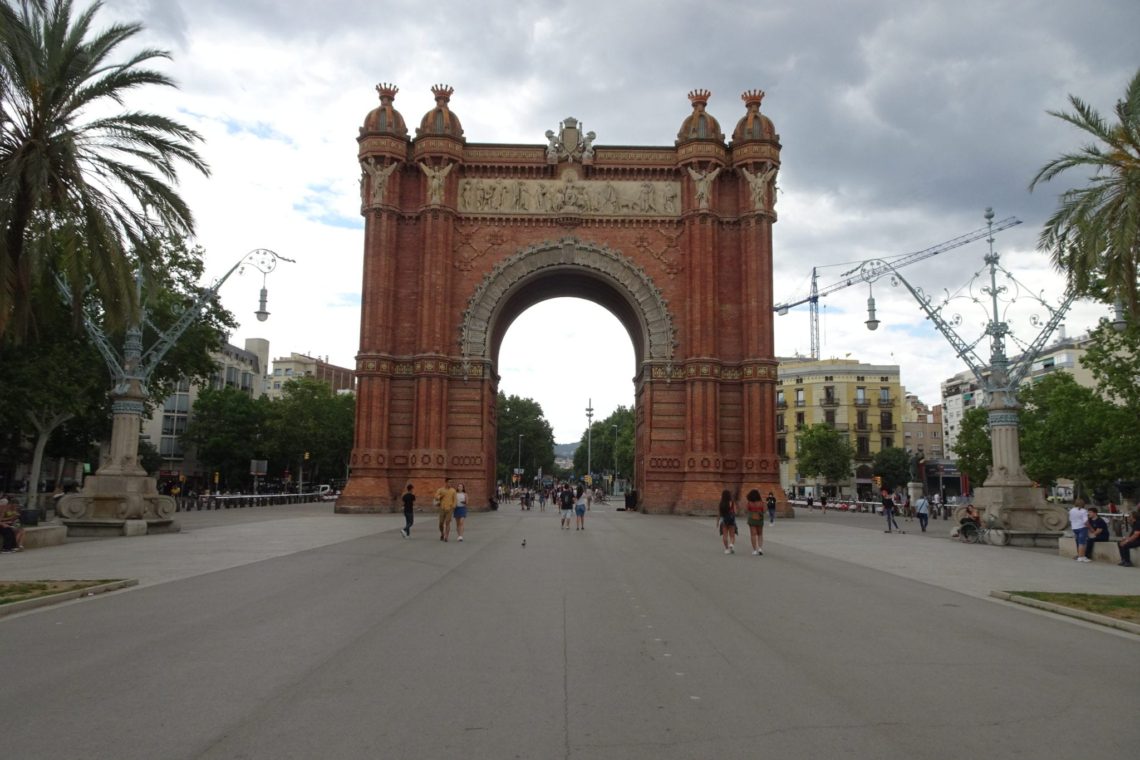 The other stop we chose to get off at was an UNESCO Heritage site, Park Guell. This appeared to be a very popular stop as the park was bustling with groups of tourists. The trek uphill from the bus stop is worth it, to enjoy the gardens and beautiful views of Barcelona. The park consists of two main parts. The park itself which is free entry and the monumental zone which requires a ticket. I would advise you purchase this in advance online as it was sold out when we were there. The route around the west of the city explores some more of Barcelona’s most fascinating architectural buildings, museums and main tourist spots. We stopped off at the Arc De Triomf for some photos and then sat on the bus to take in the views for the rest of the trip due to being short of time. If you are into sports then Barcelona’s football ground and also one of the largest football grounds, Camp Nou is a stop off on this trip. Annella Olimpica is another which is one of the 4 main competition sites built for the Olympic games in 1992.

Restaurants, Bars and Nightlife: All the Good Stuff!

One other stop I would recommend you make is La Ramblas, a 1km strip that connects the cosmopolitan centre of city with the waterfront. It is lined with restaurants cafes and bars not to mention the famous La Ramblas market! This is situated right beside the square where you will start the bus tour and is definitely worth a visit!   And I managed all of this in just one day! Imagine what you could achieve in a weekend.. If you enjoyed reading this then check out our other travel guides on places we have visited. Also subscribe to our mailing list so you never miss one of our posts!   Gemma 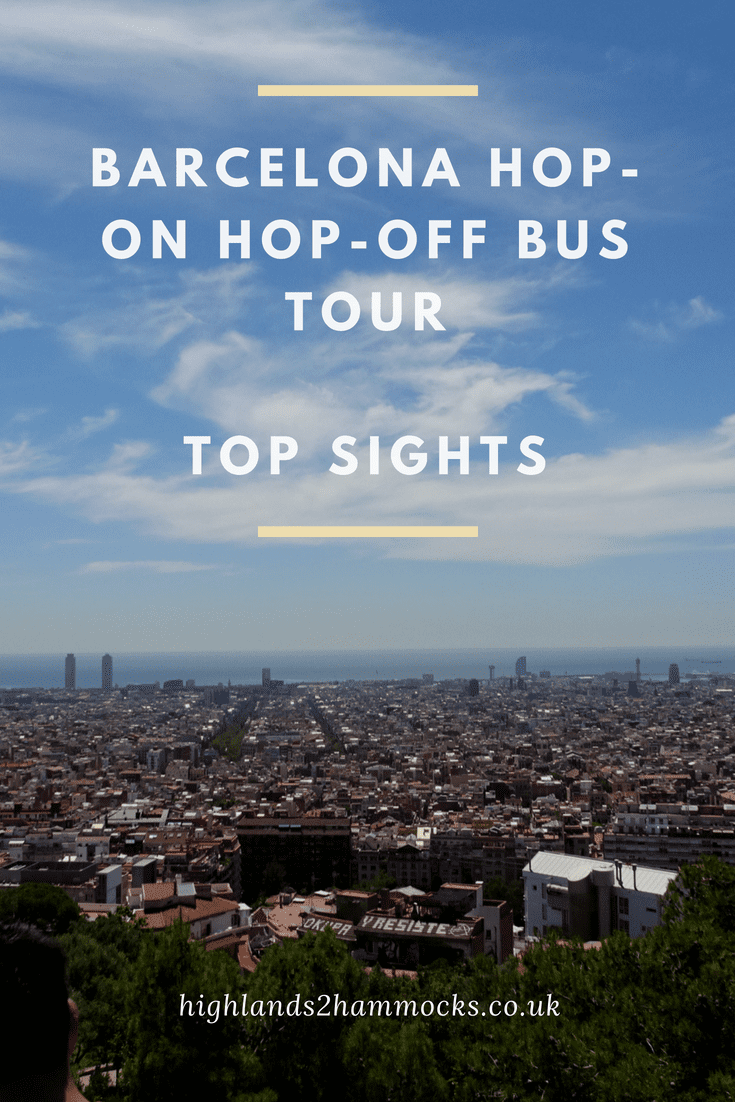