Working on a farm in Australia is definitely an experience we will never forget. It is also an experience we would quite happily not do again, but that doesn’t mean it’s all bad. There are many horror stories that go around about working on a farm in outback Australia and unfortunately, some people have had a horrendous experience. However, we count ourselves very lucky to have met good friends and had a very positive farm work experience overall. With this in mind, we decided to reach out to our Instagram community in the hope of some farm recommendations. We were soon inundated with farms all over the country that others had worked at or heard positive reviews about. We were so grateful and thought that surely one of the farms would have work for us. How wrong we were.. 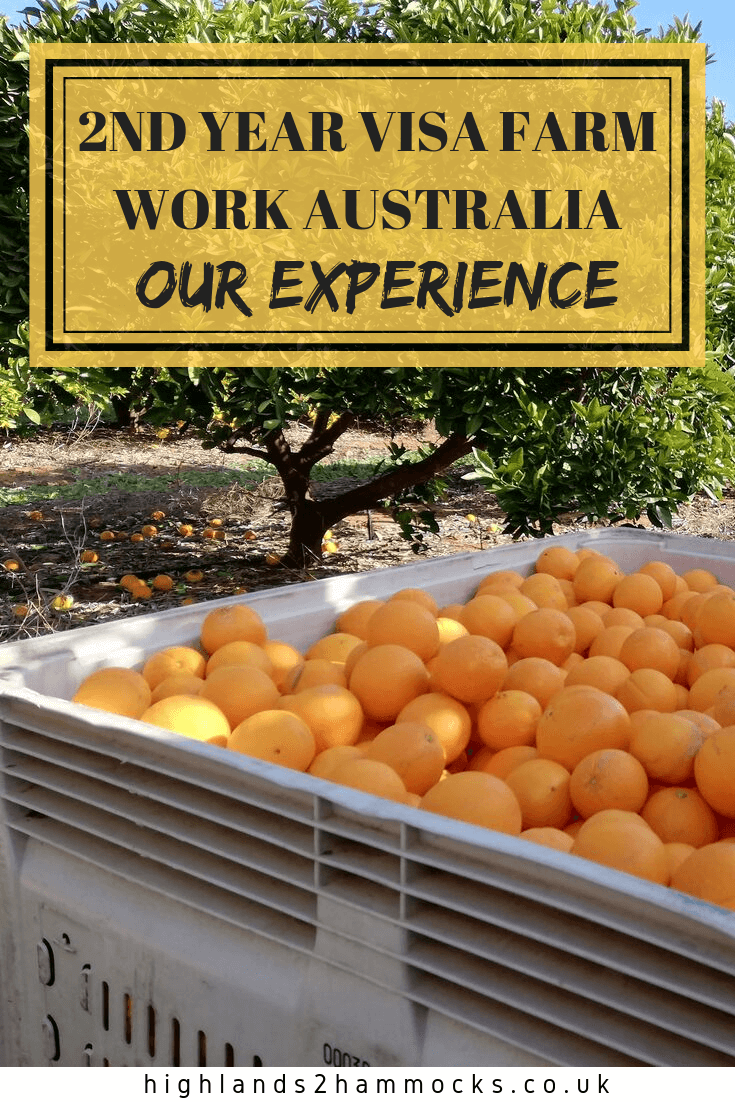 The job hunt began soon after we bought our van, Roxy, and headed west along the Great Ocean Road to South Australia. Gemma has family living near the Barossa Valley so we thought this would be the perfect place to look for work. As well as the weather becoming a comfortable temperature in winter for us to work outdoors in a physical job. We called around all of the recommendations and unfortunately, none of them had any vacancies. From then on, every day was spent sending off applications, making phone calls and trying to be positive that this would work out for us. Ideally, we would have arrived in Australia, bought a van and looked for farm work right away, however having no money to buy a van, arriving into Australia in December during summer and a trip to Bali booked for March, we decided to push it off until winter. We continued to apply for work, stopping off at farms and asking if they had work, advertising ourselves in Facebook groups in the hope that someone could recommend. After submitting 100’s of applications, we accepted the first job we got.

Also Read – Moving to Melbourne on a Working Holiday Visa

Orange Picking in the Riverlands

When we were finally offered a job we were delighted, even though we would have liked an hourly wage, at that point, we were just looking forward to being given an opportunity to work for our second-year visa. We agreed to arrive the following day and went out immediately to look for the clothing we would need. We arrived into Waikerie, pleasantly surprised by the small town and the quiet campground we would be staying at. We camped right on the Murray River, with incredible nature all around us.  We even had a small concrete toilet block that we were able to use our portable shower in. We were content and at this stage, just happy to have a job and not too bothered about the money.       Our orange picking experience involved falling off ladders, inconsistent work and eating the most beautiful oranges we have ever tasted. Wet or cold weather conditions below 13oC meant we were unable to work, meaning we were rarely getting to work 5 days a week working around 6 hours per day. It was impossible for us to make minimum wage. Every day we found ourselves getting fitter and faster, however, whenever we thought we might have more of a chance to pick fast we would be faced with trees with hardly any oranges on them. We were lucky enough to be leaving with $300 per week each.

Back to Job Hunting

We soon began to think about the money, and even more so, whether we would be able to complete our days and still have time to travel over the next 5 months. We were also concerned that due to us and the others we met on the farm not making the minimum wage if this work would even count towards our visa.

We have since found out that this won’t affect the visa, so don’t worry if you are in this position.

Read all about the ins and outs of the regional visa work here.

It was time to get back on the hunt for jobs, this time hoping that we would maybe land one with an hourly wage. A couple of days of 5sam starts and 4 hours of job applications before work began eventually showed some fruit. We were contacted by two farms, one further north, and one south. In the end, we accepted a job in Peake, South Australia, and agreed to start a few days later.

Olive Farm in the Murraylands

We were warned that Peake was very small and that we should bring all our shopping as there are no shops. When Google maps told us we had arrived in Peake, we were shocked to see there was literally nothing, not even a welcome sign. However, we drove on a little bit further and 5 minutes down the road we saw the sign welcoming us to Peake. With a population of 60 people, this really was a small town on the main highway to Sydney. The entire town consisted of a football oval, a town hall, a post office, and a small pub. We parked up and settled in for the night, ready to start work the following morning. Upon arrival at the olive farm where we met the owner and another two backpackers from Estonia. They had both worked at this farm previously for their second-year visa and were now working here towards their third. We found out later that day that they were actually already following our journey on Instagram! What a small world. We also met the farm cat, Katerina, one of the most beautiful cats we have ever seen. A month previously, she had turned up at the farm as a tiny kitten looking for a forever home. Of course, they couldn’t say no to her. We warmed to Katerina instantly, the same way she did to us. We joked about taking her on adventures in our van when we finished and the way she always ran over to our van, you would think she would have been up for that. Unfortunately a month into our time here we found out that Katerina had been involved in a tragic accident on the farm and was no longer with us. We were heartbroken.       Over the next few weeks, we worked through rain, shine, and frost, pruning olive trees for $24 an hour. Our hands and bodies felt broken but we couldn’t complain. We were so grateful for the opportunity that this job gave. We started off using manual snippers and a saw to take off all of the branches below knee height. Now some of these trees had never been pruned before so we were chopping off some pretty massive branches. For the first few weeks, we both felt like we couldn’t even make a fist any more our hands were so sore. It quickly became one of the most physically and mentally difficult jobs we have ever done. After a few weeks, we were given electric snippers which did make our life a lot easier, although we’re still unable to cut through the 5-year-old branches though. We were working tough long days, sometimes for 6 or 7 days a week. However, in just under two months 4 of us pruned over 41,000 trees, definitely an achievement I wasn’t expecting to have.       We started to work some longer days and got to experience driving the tractors on the farm doing different jobs like spraying the fields and planting new trees. This was a nice break from pruning, but they were still very physical tasks.

Why Did We Get the Job?

When we asked the owner why he chose us to work at his farm, he said our experience picking oranges was a big plus for him as it meant we had previous farm work experience. As much as working on piece rate isn’t great, it’s definitely worth doing it for a short while to helping to get the hourly paid work.

One thing we laugh about now is that when we bought our clothes and boots for working on the farm, we thought it would be great to hand our clothes into a charity shop or sell them on when we’re finished with them as surely there would be many backpackers looking for cheap work clothes. Nearly four months later with everything in holes and impossible to wash we’re definitely having second thoughts whether anyone would want them!! One thing is for sure though, we’re very much looking forward to now being able to wear clothes that aren’t our smelly, holey work clothes every single day. It was an experience of a lifetime. We are full of gratitude to have completed it, however, we will not be jumping back into it again any time soon.     Now Read: 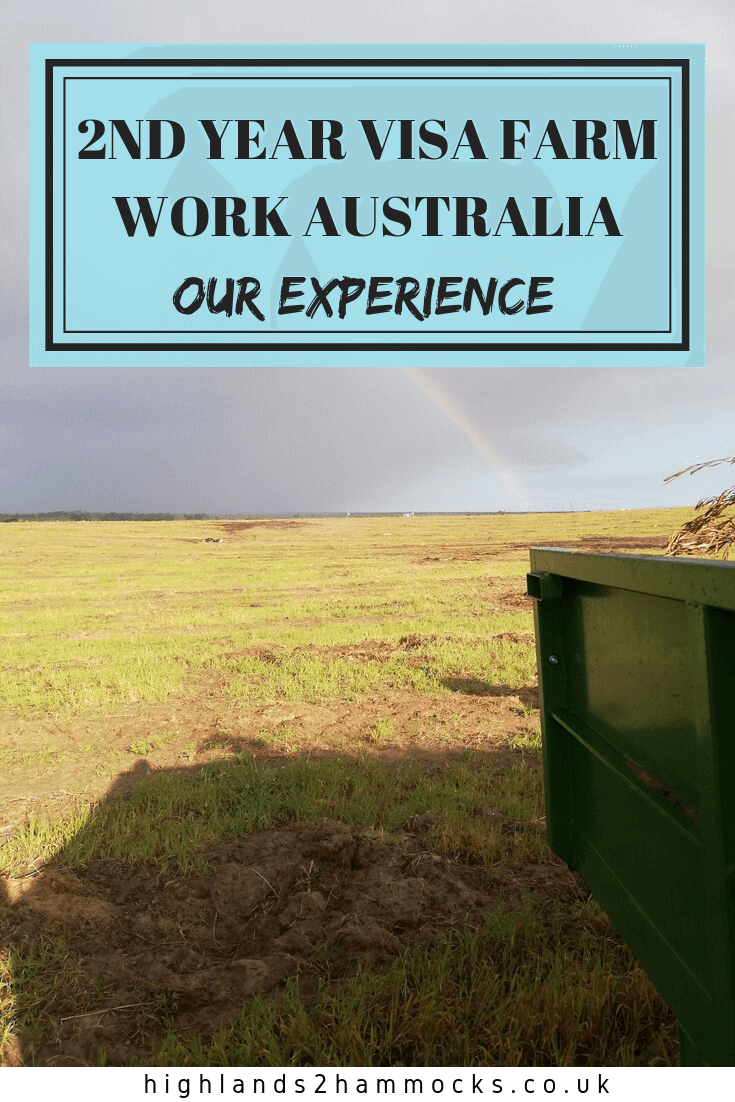 The Ultimate Melbourne Itinerary – Five Days in the City

Moving to Melbourne on a Working Holiday Visa

Happy Sunday friends 💛 Who is out enjoying the

What a feeling 🇲🇹✈️ Just being back on

One of the best things about documenting our journ

Why should you visit the Lake District National Pa

We have made it to England! ☀️ Last night we